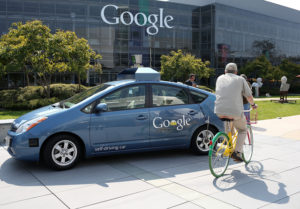 Internet giant Google has been in Michigan for more than a decade, but in recent years expanded its operations here. With facilities in Ann Arbor, Novi, and Farmington Hills, Google employs more than 600 area residents. As the number of employees continued to grow, the company found itself bursting at the seams.

Google has occupied space in Ann Arbor since 2006, but employees were spread among multiple locations. This included an office in downtown Ann Arbor and an overflow office near Briarwood Mall. To accommodate the added employees and the new research that Google is undertaking, the company had to make changes.

In 2016, Google moved all of the employees under one roof at Traverwood Drive on Ann Arbor’s north side. The space had previously housed the company’s call center run by an outside contractor. That meant a lot of electrical power distribution, lighting, and network cabling to be installed by Huron Valley Electric. HVE’s work scope encompassed electrical power, lighting, and voice/data networks.

Likewise, Waymo, Google’s sibling company for self-driving car technology, opened a 53,000 sq. ft. development center in Novi in May 2016. Waymo is working with FCA US to integrate self-driving technology into the Chrysler Pacifica Hybrid crossover.